Christian Siriano is bringing some movie magic to the catwalk.

Models who walked the runway – including Candice Huffine and longtime model and activist Coco Rocha – sported small black hearts dotted on their cheeks.

"This season I let my imagination run wild. I was first inspired by the film 'Birds of Prey' where I took ideas of Harley Quinn running through a dark abandoned carnival fun house," Siriano wrote in the show notes. "This led to a mythical, gothic and artistic experimental collection. I even found myself looking into the Dadaism art movement of the early 20th century for ideas of sculpture, form, futurism and expression." 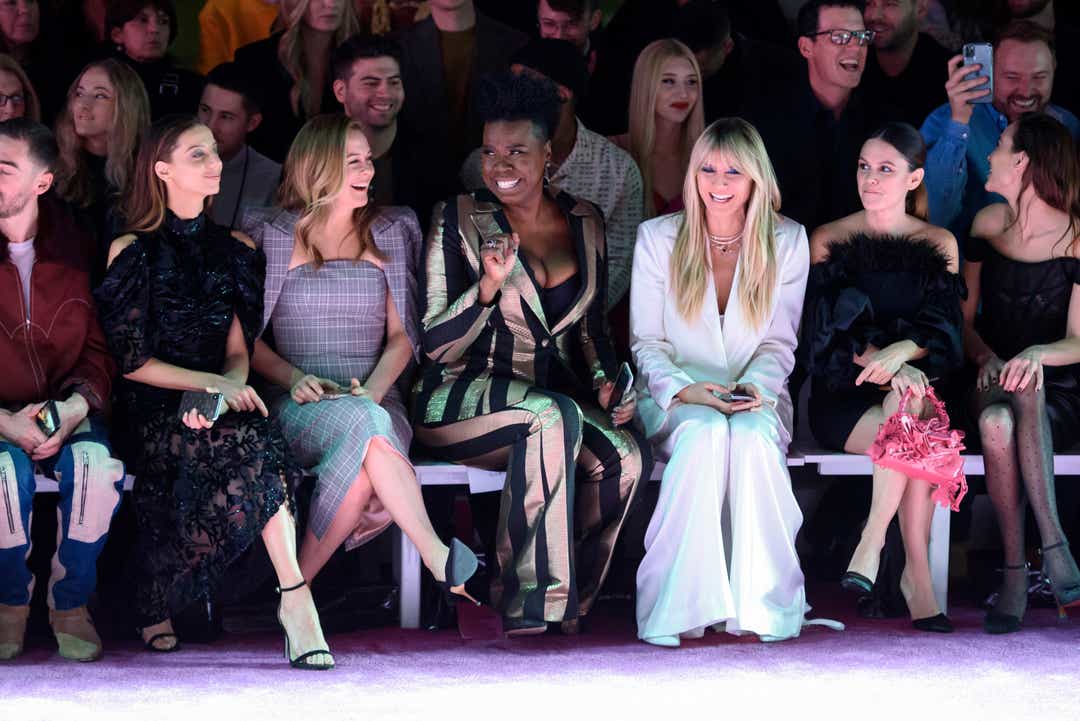 Leslie Jones' cheers of "work it!" from the front row livened up the show as models showed off Siriano's latest works.

The clothes and the models were enough to bring the "Saturday Night Live" alum to her feet at times, eliciting laughs and clapping from her front row seatmates Heidi Klum and Alicia Silverstone.

“He dresses every woman,” an exhilarated Jones told USA TODAY after Siriano's spring 2018 show. “Every woman, every size.”

Jones has been a vocal champion of Siriano ever since the designer dressed her for the premiere of 2016's "Ghostbusters" reboot when others would not.

Siriano has become a red carpet pillar for stars, including Jones, promoting body positivity with his designs and celebrity clients. The "Project Runway" mentor dressed pop songstresses Demi Lovato and Lizzo for the 2020 Grammy Awards, and was the man responsible for Billy Porter's tuxedo dress at the 2019 Oscars.

Heidi Klum talks everything from marriage to Tom Kaulitz to Halloween, fashion diversity

NYFW: This Cynthia Nixon T-shirt won over the crowd at Christian Siriano's show